Anything but an Everyday Common Gull


On September 16 Alvan Buckley texted me while I was imprisoned on a ship 200 miles off the coast of Newfoundland asking if I'd heard about the possible Kamchatka Gull in St. John's.  My response was 'get a life, it ain't gonna happen in Newfoundland'.  Then he directed me to the photos which can be seen on his blog site http://alvanbuckley.blogspot.ca/2014/09/gull-help.html  I was floored. This Common Gull does look extremely unusual.  It was so large compared to the Herring Gulls in the picture. So dark above. And look at the size of that bill!?

I am not easily sold on off the wall birds that look like a text book example of something so it must be that species or subspecies. Instead I try to imagine an alternative explanation for looking like that. But this bird was so different. Maybe there was a legitimate case for labelling this 'Common Gull' as Kamchatka Gull - the eastern Siberian subspecies of the Mew/Common Gull complex.

The gull could not be located despite frequent visits to the fields around Quidi Vidi Lake where it was first seen. Finally the bird resurfaced today some 20 km away in the farm fields of Kilbride (corner of Goulds bypass and Ruby Line).

Jared Clarke spotted it first.  His first words were 'there is the Kamchatka Gull, or is it a California Gull?".  It was sitting down on the newly plowed field. For a few seconds we had to figure out what it was. Asleep on the field the dark upper aparts and size really were worth entertaining the California Gull option - bird still missing from the provincial list. The plain yellow bill proved it was a Common Gull. The size and dark upper parts confirmed that this was the bird found 12 days earlier by AB.

Below are photos of the bird. The afternoon sunlight was very harsh. The bird really stood out as something different when compared to Herring and Ring-billed Gulls around it.  It was easily over looked as a LBBG when scanning over the 200+ gulls feeding in the newly plowed field.  The following photos show little comparison with other gulls. Hopefully more encounters with this bird over the next while. 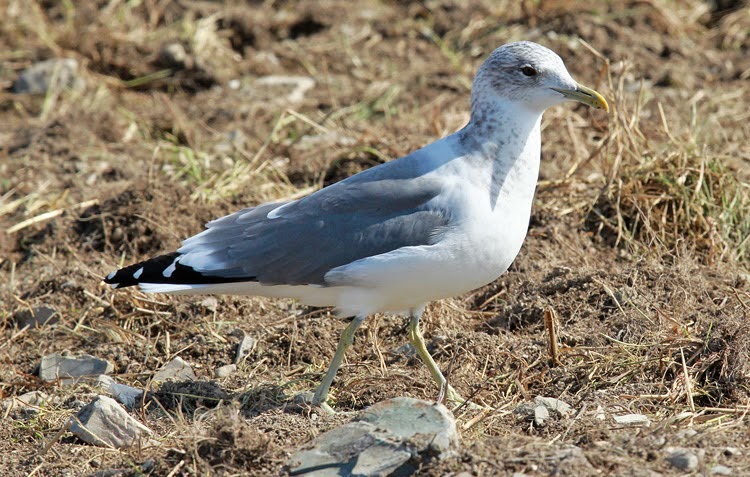 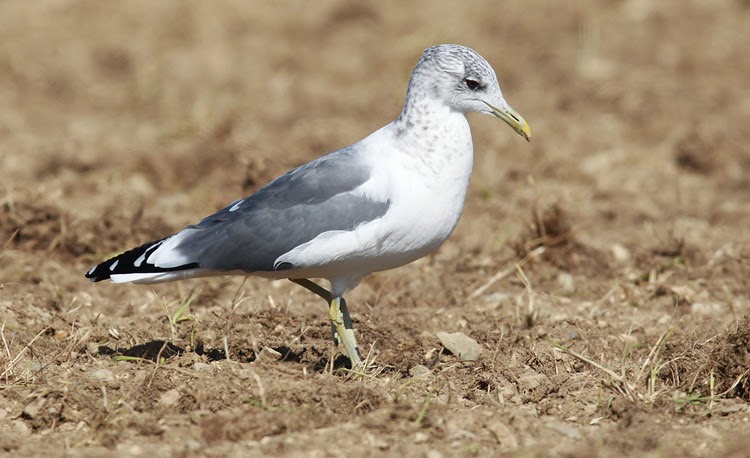 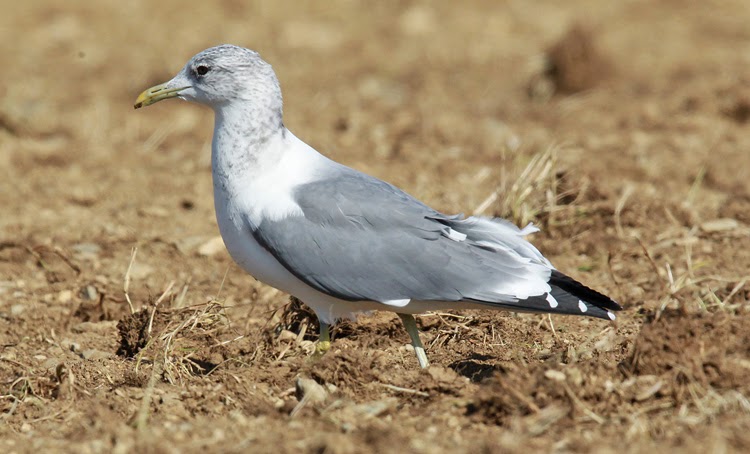 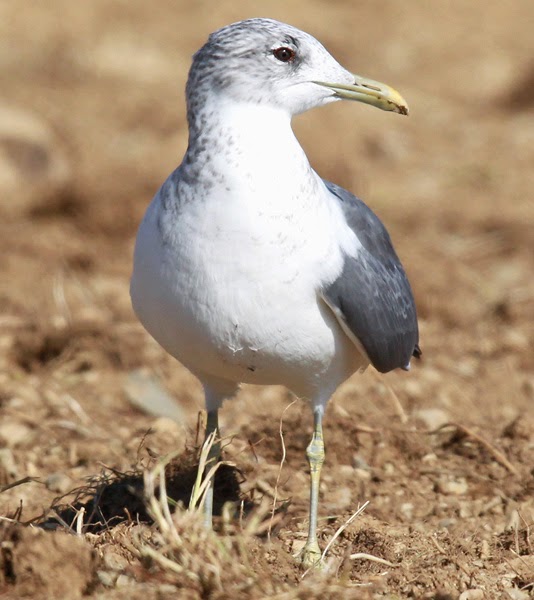 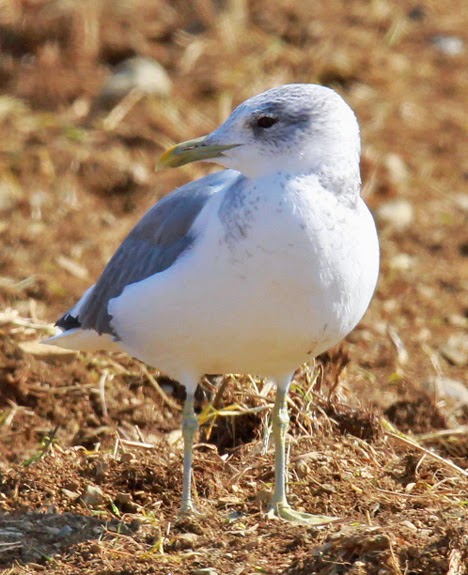 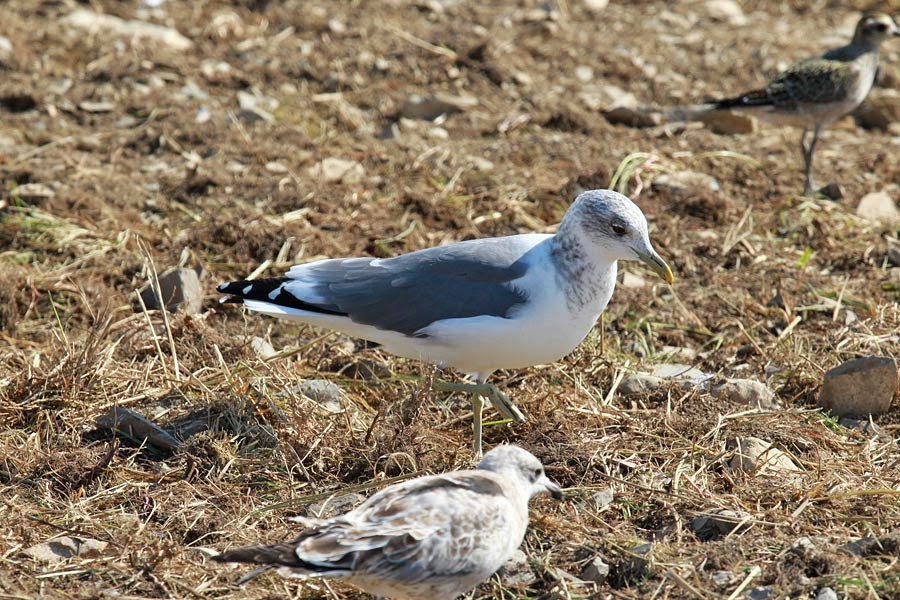 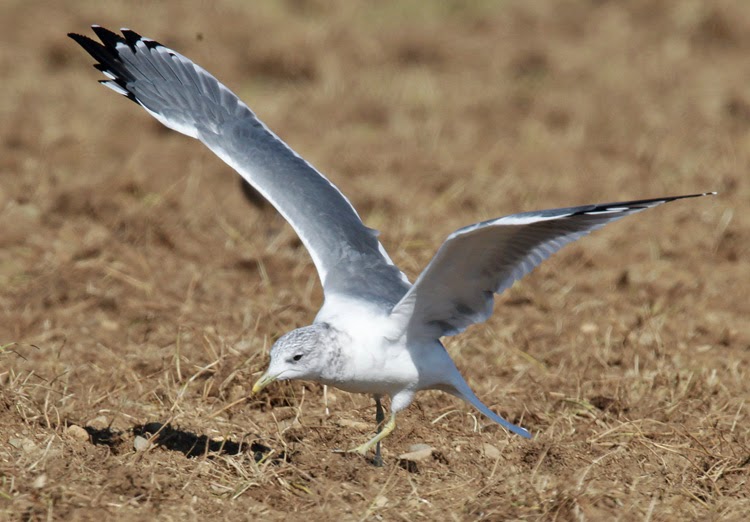 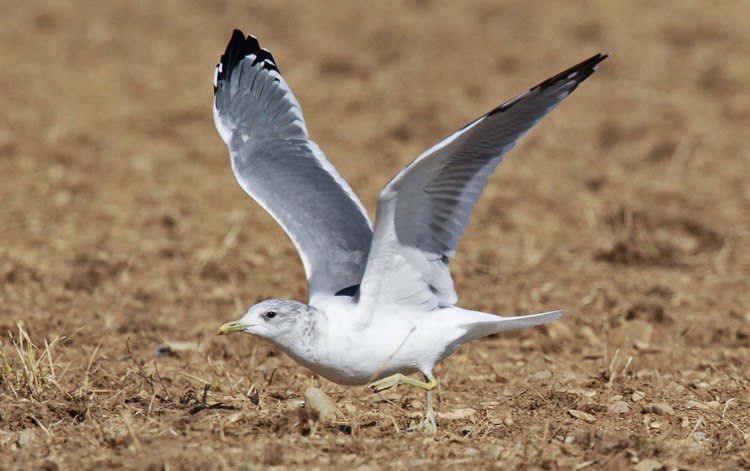 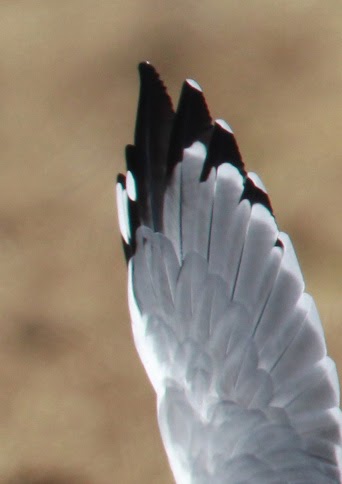 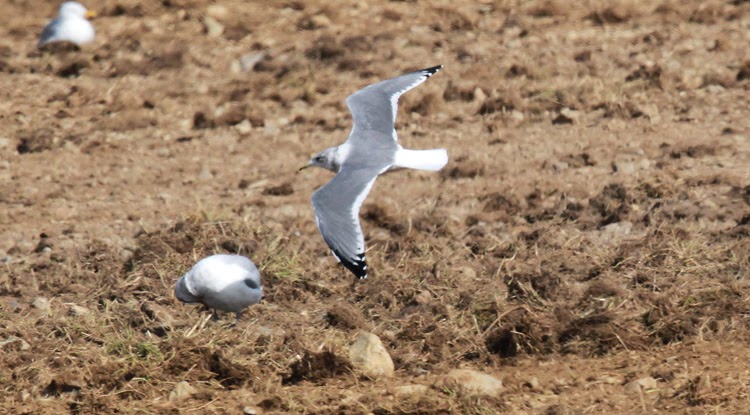