Newfoundland's 4th RUFOUS HUMMINGBIRD was present at Renews, Avalon Peninsula for 36 hours 27-29 June 2020.  Clara Dunne saw it around her feeder late on the 27 June.  She suspected it was different than the female Ruby-throated Hummingbirds that she had seen at her feeder over the last five years.  It was not until the following morning that she was able to secure some half decent photos.  The photos confirmed her suspicion that it was a different looking hummingbird.  She tentatively identified it as a Rufous Hummingbird. She texted me photographs for confirmation.  The rest is history.

The bird visited the feeder regularly on the 28 June and up to 9 am on 29 June and then suddenly no more.  A number of people got to see the and photograph the bird.  The June date is early for this rare vagrant in the east.

The previous records of Rufous Hummingbird for Newfoundland are:

In addition there was a female Rufous type hummingbird was observed over several days at in a residential garden in St. John's in early September 1983. 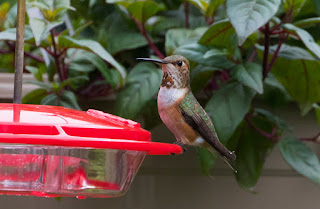 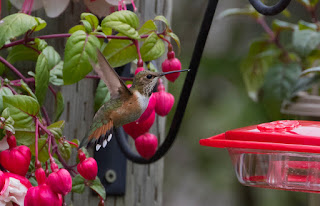 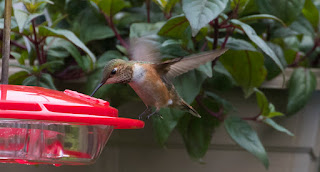 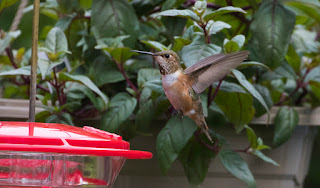 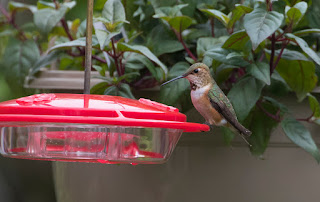 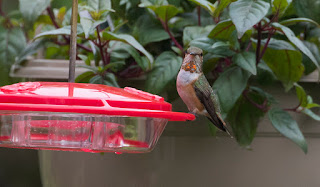 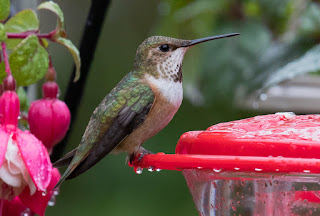