The Eurasian Curlew is a common winter bird in Ireland. Birds from continental Europe use Ireland as a important wintering ground.  There is only record of this species in Newfoundland and that was at Ferryland, Avalon Peninsula 7-8 January 1991. There are a few other records from northeast North America including Nova Scotia and Massachusetts.  It is annual in small numbers on Iceland. It could occur again in Newfoundland. Most likely to be found at something resembling a tidal flat but also could show up in a field. The following photos are all from Ireland during my 5-15 Feb 2019 visit. 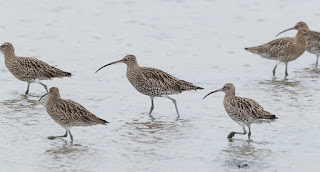 Eurasian Curlews are gregarious and are often found in flocks of 10-50 or more. 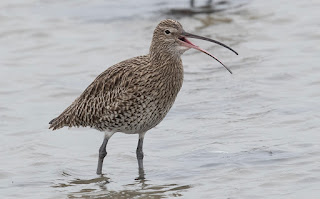 They have a loud call that sounds like it is saying  'curlew'. 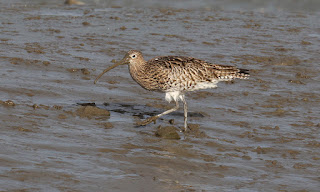 The like feeding in soft mud sometimes driving their long bills all the way into the max resulting in a muddy face. 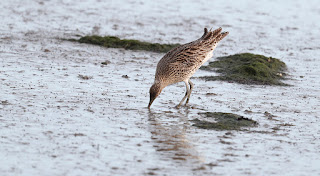 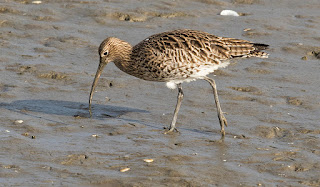 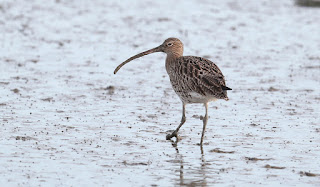 There is a great range of bill lengths.  Adult females have the longest bills. This must be a female. 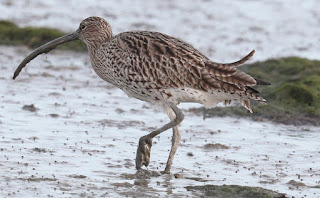 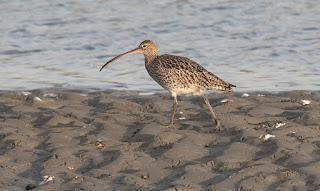 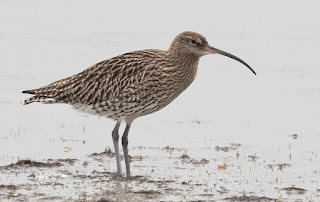 This one could be a male based on a relatively short bill.

Eurasian Curlews stand as big a gull out on the mud flats. 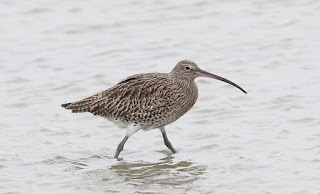 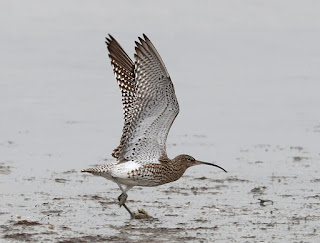 Eurasian Curlews have a striking wing pattern for a curlew with a largely white under wing. 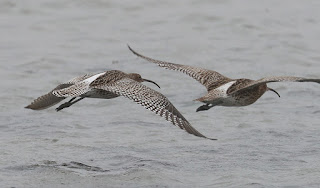 Keeping with most median to large shorebirds in Ireland Eurasian Curlews have a conspicuous clear white wedge up the lower back. 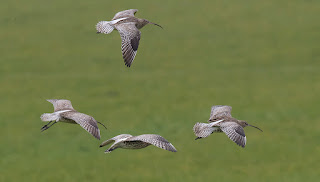 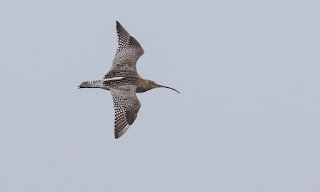 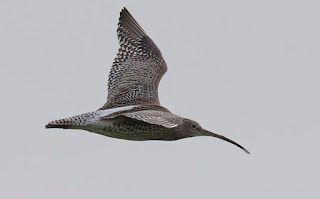 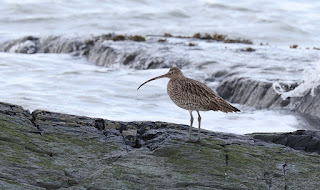 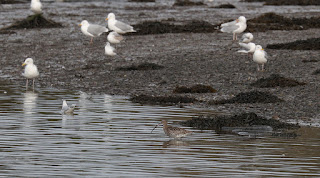 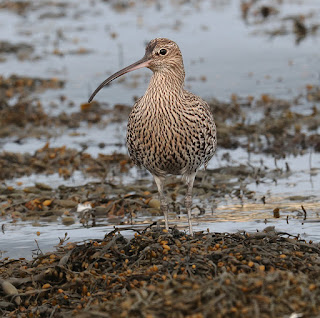