This is Part 2 of a 3 part installment of Mediterranean Gull photographs from Forty Foot Pt, Dublin, Ireland on 7 Feb 2019.  Here are the 1st winter birds. To a North American birder several species might come to mind when first eyeing a 1st winter Mediterranean Gull. They seem made up of parts of Ring-billed Gull, Franklin's Gull with a touch of Black-headed Gull. In Ireland when scanning through large mixed flocks of Common Gulls and Black-headed Gull the North American mind resists seeing what is in front of you and slots the parts into either Common or Black-headed Gull and without interruption continues scanning through the next hundred birds in the flock. But the dark eye mask, long dark legs and thickish rather dark bill all on one bird give the bird a different look, maybe subtle at first but with a longer look the bird truly is unique in every way.  It should not go unnoticed in Newfoundland. 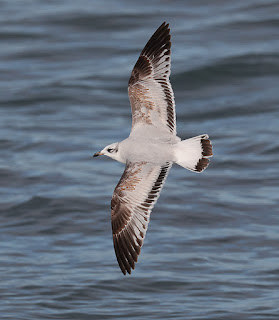 The 1st winter Mediterranean Gull has a tail and head pattern something like a Franklin's Gull and wings like a Ring-billed Gull could fly under the radar of the unprepared in North America. 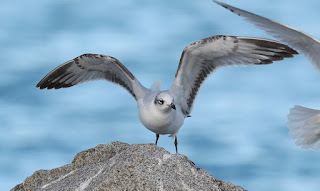 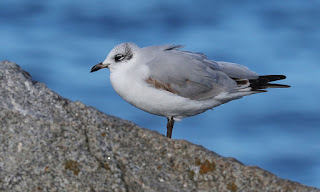 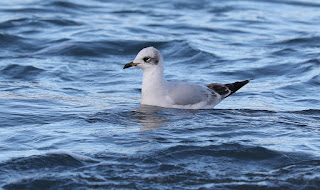 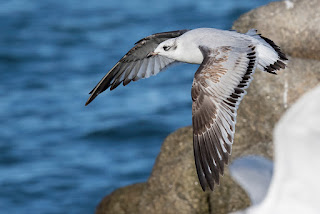 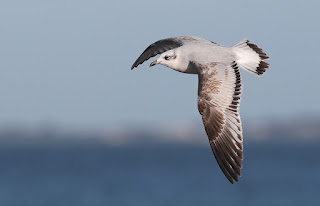 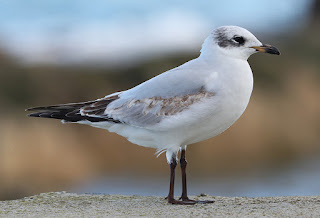 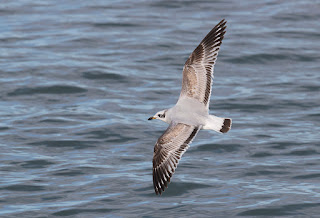 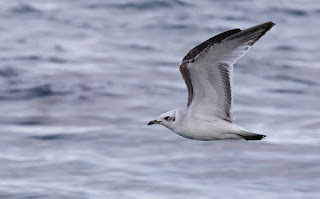 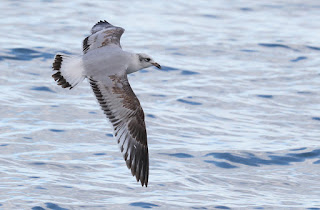 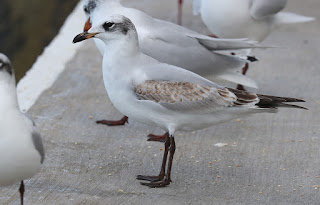 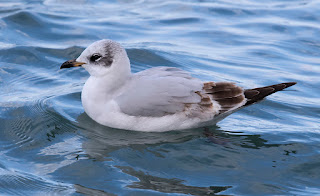 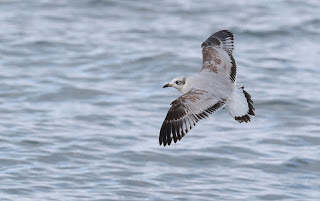 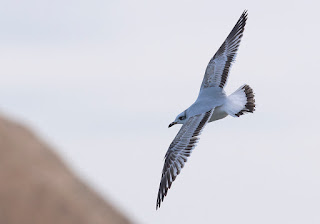 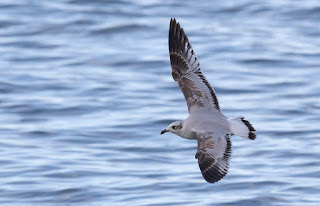 Posted by Bruce Mactavish at 06:28