Spring is a mean season for human beings in Newfoundland. The weather just refuses to warm up nearly as fast as we think it should. It is embarrassing to say that on 6 June as I write this the Norway maples in my St. John's backyard are ... are just starting to break open their first leafy buds. Only some of them, the minority in fact, most of the leaf buds are still close tight as a nut.

A family vacation to Alberta 19-27 May 2017 was intended to be a family sort of visit to a brother in Red Deer but the warm summer-like weather and leaves full out on the trees made it paradisiacal for three winter weary Newfoundlanders.  Birding was partly restricted but far from curtailed.

Alberta is birding is a mecca of easy eye candy to Newfoundland bird starved birders. There is so much life around those sloughs it is euphoric to witness when coming directly from Newfoundland. Many of the common birds are birds we chase as rarities in Newfoundland. Alberta is under rated or not even rated as a vacation destination for Newfoundland birders. Even a day extension to a business trip to Calgary would produce much birder joy. Birding is easy in Alberta.

My birding joy was marred a little by camera withdrawal syndrome caused by downgrading to a Canon 40D after my beloved 1D Mark IV died completely at a young age of 6 1/2 years.  The 40D was fabulous when it first came out.  It took some getting use to and remembering that it does take good pictures when the birds are close and the light is good. I used only a 300 mm f4 for the following snaps. 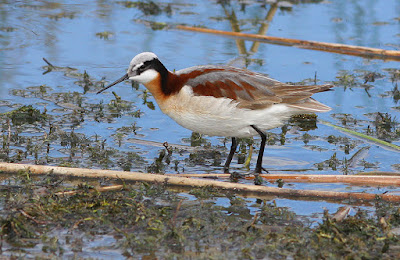 Wilson's Phalaropes (female above, male below) are numerous and present in most sloughs of any size. 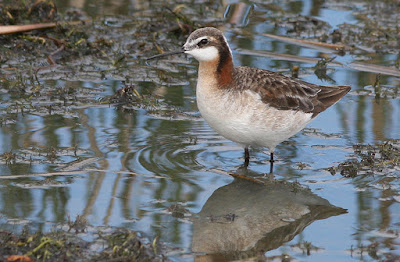 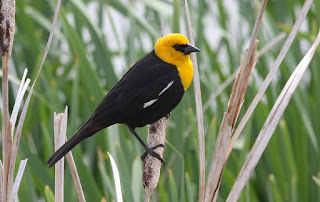 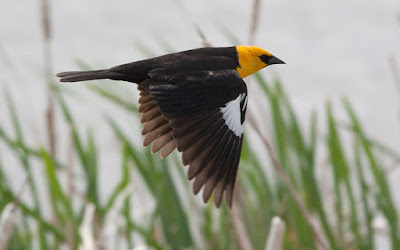 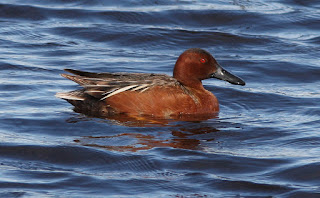 Cinnamon Teal are on the uncommon side but you will not miss them on a days outing around Calgary or Red Deer. 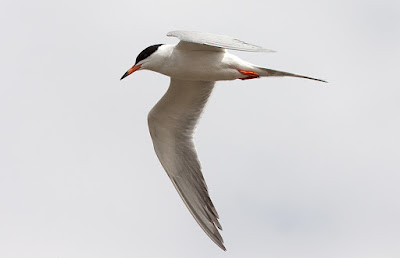 Forster's Terns are common in the larger sloughs.  Try to find a Common Tern in the prairies of central Alberta. I saw just one probably a migrant vs a few hundred Foresters. 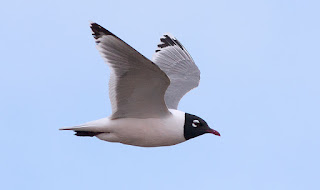 Franklin's Gulls are the kittiwake of the Alberta prairies.  Abundant in the larger sloughs but also in fields being ploughed and random locations. 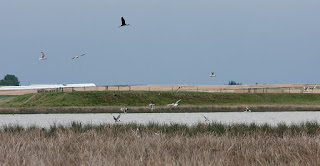 Hundred of Franklin's Gulls and a fair number of White-faced Ibis are nesting in the cattails you can see in this picture at the well known birding locality of Frank Lake about a 45 minute drive south of Calgary. 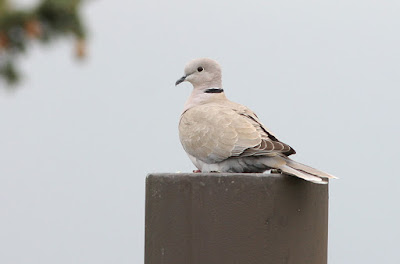 Eurasian Collared Doves have established themselves at isolated farm houses and small towns on the wide open flat prairie east and southeast of Calgary. 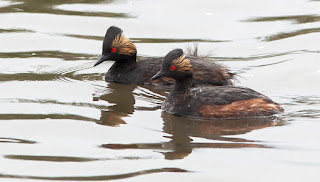 Eared Grebes are super abundant on the medium to large sloughs. Western, Red-necked and Horned Grebes are also present in good numbers in appropriate habitats.

White Pelicans are on the local side but easy to find with a little help or accidentally as they soar high over the prairie. These were feeding together at Pelican Point, Buffalo Lake, 40 minutes ENE of Red Deer. 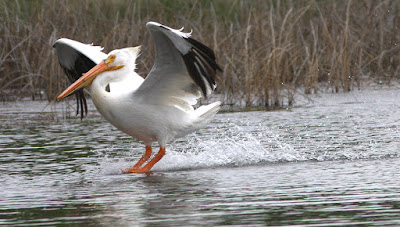 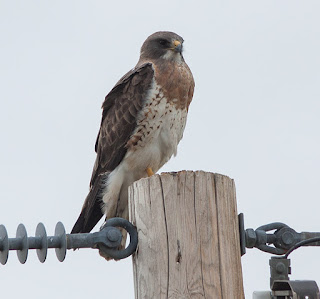 Alberta Swainson's Hawks are a favourite of visiting easterners. They are plentiful in the Calgary area and most of the southern third of Alberta. 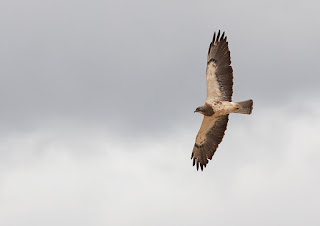 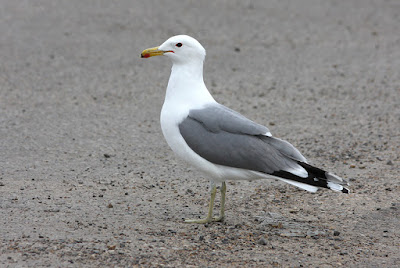 California Gull is another target of easterner visiting the prairie provinces. Not nearly as abundant as the Franklin's Gull, they are a little on the local side but where nesting quite common. They also frequent fast food restaurants where this one was photographed. 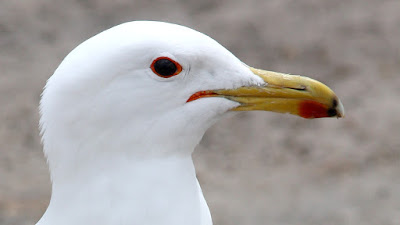 The unexpected surprise of the trip was coming across a staggering 150 SABINE'S GULLS at Pelican Pt,  Buffalo Lake, all adults in high breeding plumage. While not exactly close they were still a great experience. Flocks of Sabine's are known to get grounded by bad weather at larger Alberta waterbodies while taking the shortcut from the Pacific Ocean to the Arctic breeding site. But the weather on this day was light winds, sunny and 25C. Maybe they stop here anyways to feed. There were plenty of Franklin's Gulls, Forster's Terns and Black Terns feeding  on insects over the lake. About ten Sabine's are in this photo. The 150 were spread out over a few 100 meters. A man on seadoo drove through the flock allowing for a count of Sabine's among the mixed species flock.
.

A little trip to the mountains was a frustrating for birding time but this pair of tame Barrow's Goldeneye were present next to a scenic rest stop. 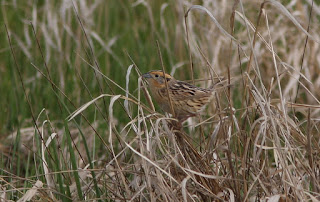 The bird I most wanted to see on the Alberta trip was the Le Conte's Sparrow. I knew where they would be from previous trips. Only 15 minutes from my brothers house near Red Deer there are little colonies of Le Conte's in the right kind of fields. Rather distant with a 300 mm lens, prolonged views through the spotting scope at 50X were brain damaging. 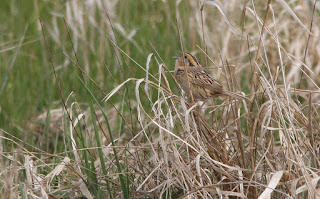 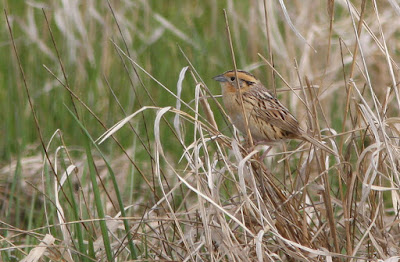 Alberta is a Birding Heaven for Newfoundlanders.  I never even got to the southeast corner of the province where the prairie longspurs, Ferruginous Hawks and Baird's Sparrow live. Next time...