A Vagrant Black Guillemot in Newfoundland !? - An ID Quirk.

For the last three weeks I've been on a seismic ship working off Newfoundland in the Orphan Basin and area. Only 13 July I was very surprised to see a black bodied alcid flying along side the boat. First of all alcids are scarce out here in the summer. We go days without seeing one.  Thick-billed Murre and the occasional Atlantic Puffin and Dovekie are being seen sporadically. Most of these birds show plumage characteristics indicating they are subadults.  With recent news of a Tufted Puffin on Machais Seal Is, NB a black bodied alcid flying by at sea 300 km northeast of Cape Freels had potential!.  When I got binoculars on the bird I think I was more surprised to see that it was a BLACK GUILLEMOT than anything else.  In all my years of offshore experience in Newfoundland I think 5 or 10 km was the farthest offshore I'd ever seen a Black Guillemot.  I have seen them well offshore in the Arctic when among pack ice but never in the open ocean.

I didn't have my camera at hand when it flew past. Five minutes later it flew by again. This time the camera was next to me but I was inside the ship's bridge and had no choice but try for a few quick shots through the glass.  This I did for the record shots.  When looking at the pictures I was surprised to see dark wing bars in the white wing patch.  I briefly entertained the idea of Pigeon Guillemot but the pictures also showed bright white underwing coverts which I knew was right for Black Guillemot and wrong for Pigeon Guillemot.  Presumably this is a subadult Black Guillemot retaining the dark bars in the wing that are familiar in winter.

Black Guillemot is a common, ubiquitous, 12 months of the year bird on the Avalon Peninsula. We generally ignore them.  In breeding plumage I have not noticed one with dark wing bars, however I did see such in a photo I took from Cape Spear one summer.  It could be I don't look close enough or maybe the subadults move away from breeding site along the coast in summer. The literature says that subadult Black Guillemots do retain black wing bars in summer. 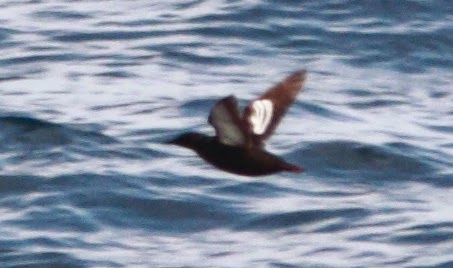 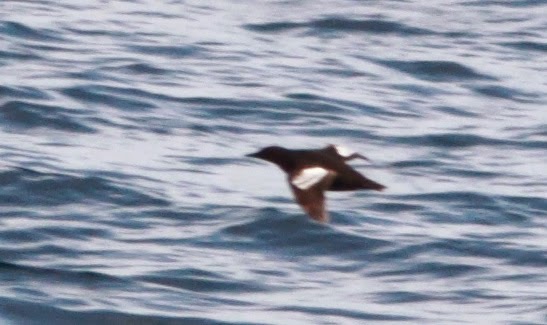 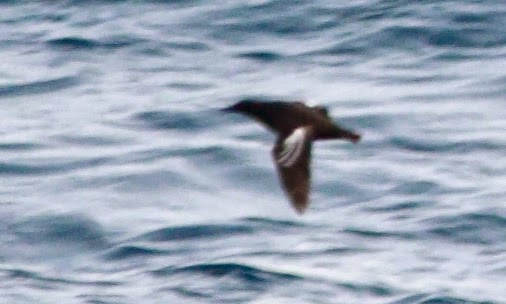 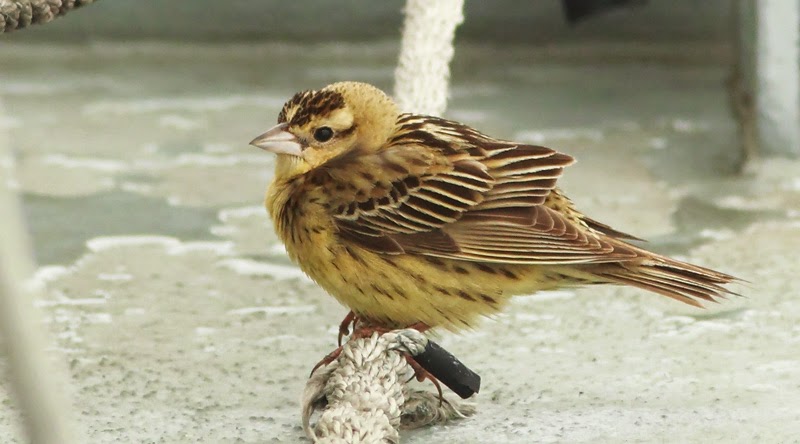 Thought I'd slip this Bobolink in while I am able to get on my blog. It came aboard the ship while 400 km NE of Cape Freels, Newfoundland on 11 July 2014.  The fresh feather edgings should make this a juvenile.  Early indications are Bobolinks will have a good breeding season in the Northeast this year because of the late mowing of hay fields due to the cold spring delaying growth of grass.  Maybe this will be the start of a good Bobolink fall in Newfoundland. 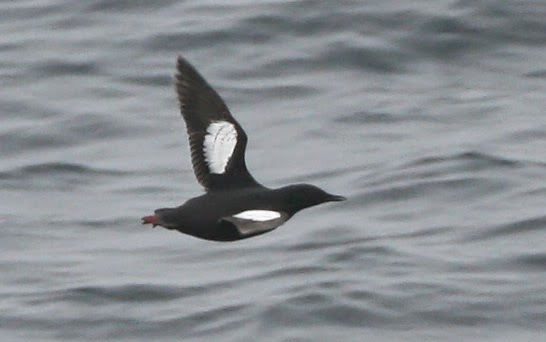 This is a blow up of the picture above showing clearly the dark tips to median and some lesser wing coverts forming faint wing bars. 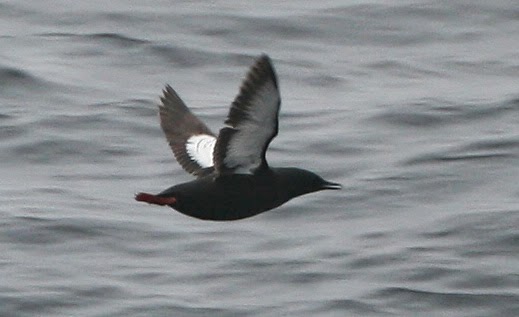