On 18 May 2014 Alvan Buckley with crew Lancy Cheng, Alison Mews and Ed Hayden discovered a PACIFIC LOON off the beach at St. Vincents on the southern Avalon Peninsula. This was big news for Newfoundland birders. The only two previous sightings for insular Newfoundland were two single observer sightings (no photos) during Cape St. Mary's CBCs in the 1980s and 1990s.  This bird was in partial breeding plumage removing any doubt about separation from Common and Red-throated Loons. The very pale nape, thin bill and lack of white flank patch should rule out Arctic Loon.

It is kind of mystery why Pacific Loons are so loyal to wintering on Pacific waters.  Birds nesting in the eastern Canadian Arctic need to know there are lots of fish due south in ice free waters off southern Newfoundland. It may take a few eons before word gets around. Maybe this bird off St. Vincents beach will be a harbinger of the good news.

I was on an offshore oil & gas supply vessel when the bird was found with no predictable openings of opportunity in the foreseeable future to see this bird.  So when the chance did come I was on it.  Got off the boat at midnight Friday and just after daylight on Saturday was looking at The Loon.

It was a team effort involving loon-lookers Lancy Cheng, Alison Mews, Andrea Dicks, Dave Smith and Clyde Thornhill. We had the bird for a twenty minute opening in the fog.  We were poised on a bluff overlooking the beach about 800 metres east of the river outflow. It was resting on the surface without any dives for food. The scope views were fabulous but photos were distant. Even using a 840 mm lens the bird was small in the image. 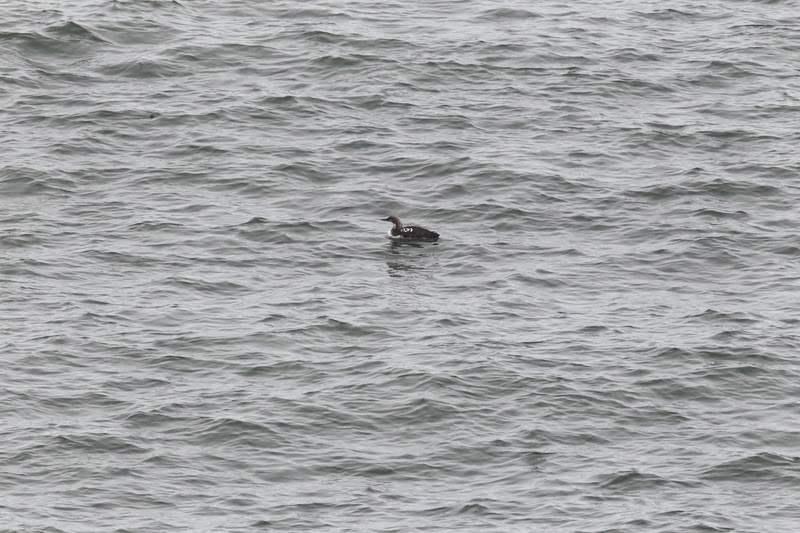 Full size image as viewed through a 840 mm lens from the bluff by the first guard rail east of the river mouth. 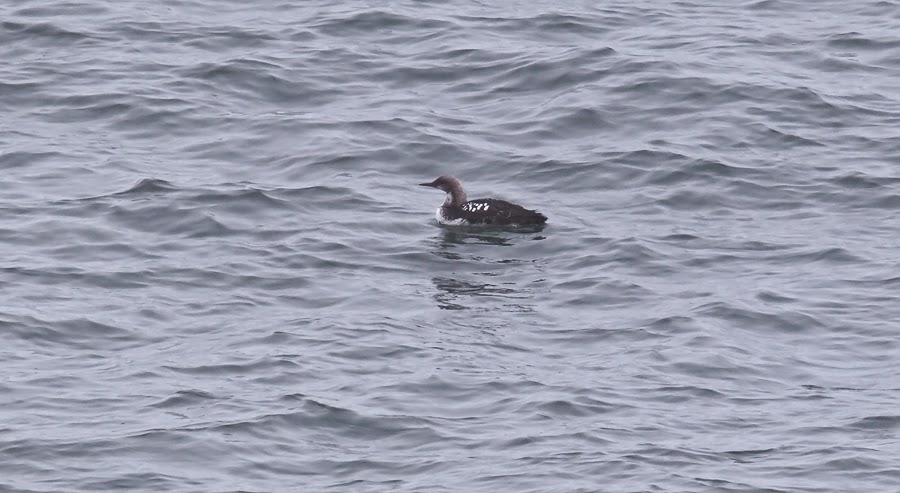 The same image as above but 50% crop. 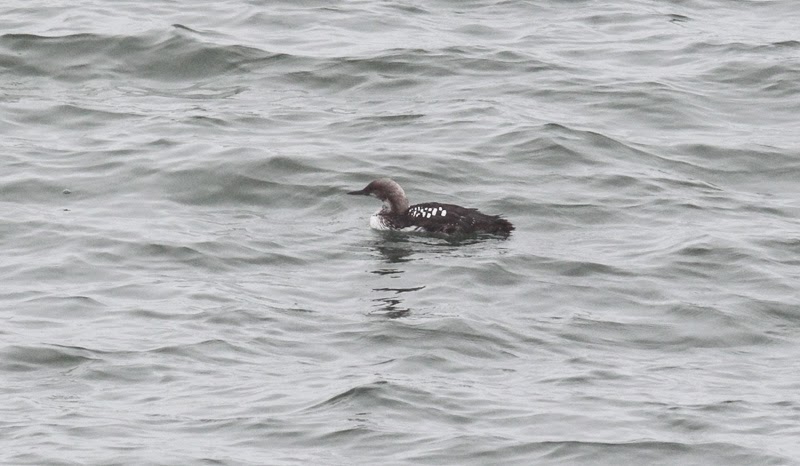 Above and below are two of better long distant crops of the 100% valid Pacific Loon in Newfoundland. 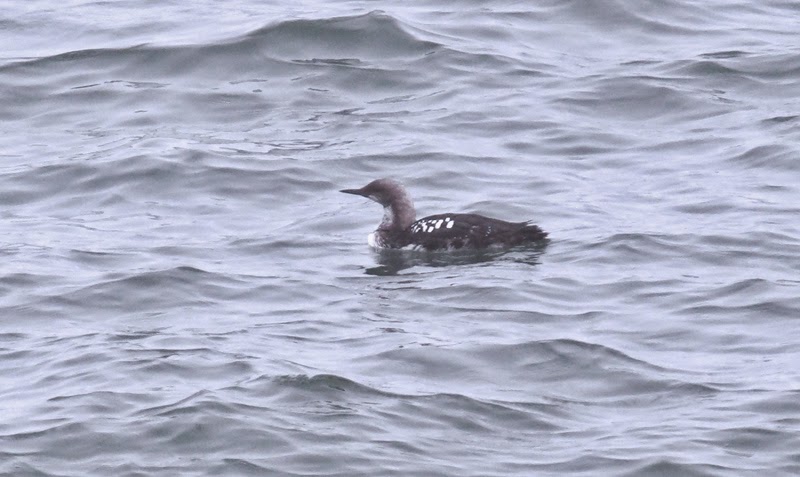 There are different kinds of rarities.  The first two weeks of May saw a flood of Icelandic rarities in Newfoundland. The adrenaline level of birders was maxxed out for two solid weeks enjoying the myriad of long distant waifs. The loon was different.  A rock solid Pacific Loon in Newfoundland was like confirming a ghost.  The excitement came with a deep rooted satisfaction.