Will there ever be enough Common Loon photos?

Is there a species with more books devoted to it?  Who has not seen enough Common Loon photos???  I am one of those. But when my chance came today for some exceptional snaps of Common Loon in bright light do you think I did anything but hold my finger on the trigger?  There was a pair of loons feeding in the shallows of Kingman's Cove, near Renews.  It was early afternoon but the sun was perfectly in my favourite.  Again it was a shooting from the car event. 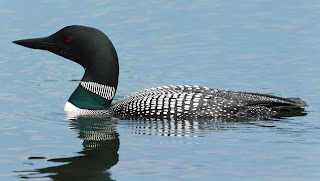 The green iridescent on the lower neck of a Common Loon shows up well in brilliant sunlight but looks black under cloudy skies.

This mink swimming across the cove was followed by the curious pair of loons until it went ashore near where I was parked. 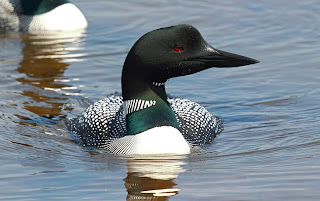 The curious pair of loons followed the mink to shore where I was sitting in my car with the camera out the window. 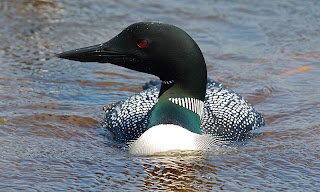 Coming in closer to watch the mink this loon was getting too close for the camera's focus. 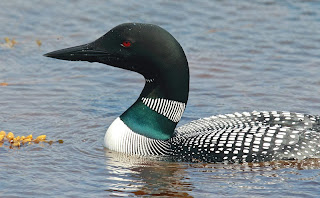 One more point blank photo.  It is impossible to stop taking pictures when a traditionally wily bird is this close. 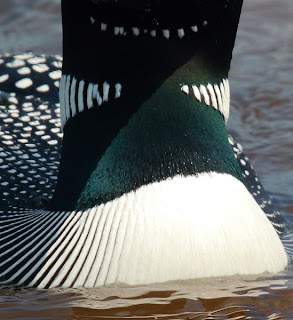 Posted by Bruce Mactavish at 17:28